10 ink drawings on paper, framed with acrylic glass, wood and string
Grazer Kunstverein: My Summer is your Winter, curated by Kate Strain (2019)

Hauer’s double-sided portraits of apes swing from the ceiling like animals in a cage. They are joyful and tragic, a troupe of animals assembled for presentation, like a group of trapeze artists suspended on a stage. Hauer found inspiration in J. M. Coetzee’s Elizabeth Costello, particularly in an excerpt where Elizabeth notes that only a poet can truly empathise with animal kin, going beyond the purely analytical to explore what on earth a chimp might be thinking when faced with humankind and their strange accessories.

Costello is reflecting on Wolfgang Köhler and his analytic attempts to interpret the actions of a set of captive chimpanzees who, in his opinion, took on military band characteristics when they clung to scraps of fabric and marched in a circle, completely voluntarily, in their compound. Elizabeth notes however that: Nothing in their previous lives has accustomed the apes to looking at themselves from the outside, as if through the eyes of a being who does not exist. So, as Köhler perceives, the ribbons and the junk are there not for the visual effect, because they look smart, but for the kinetic effect, because they make you feel different — anything to relieve the boredom. This is as far as Köhler, for all his sympathy and insight, is able to go; this is where a poet might have commenced, with a feel for the ape’s experience.*

Köhler was probably a good man, Elizabeth notes, but he was not a poet. Hauer interprets and represents the apes in a different way, ushering them into being through the repetitive kinetic action of producing patterns (drawings composed of lines, stars, circles). These patterns form images, holding within them a sense of the time and repetition it took to produce them. Each portrait is twinned with something alluding to material touch – an outstretched hand clinging to a fabric swathe, or some textile fragment slipping through fingers. The works are filled with the potential for movement, but hang motionless in the space between that which can be known, and that which can be imagined. (Kate Strain) 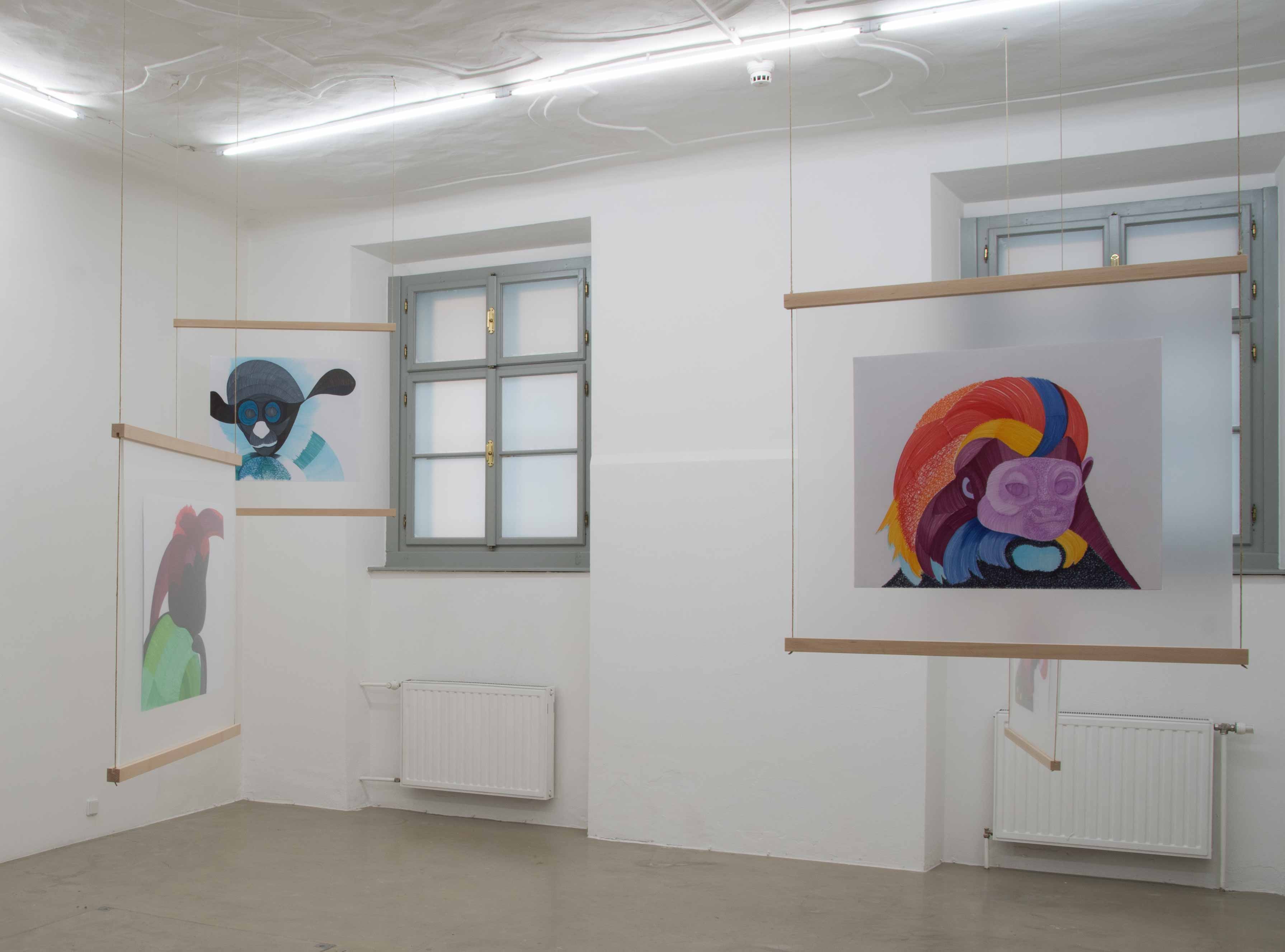 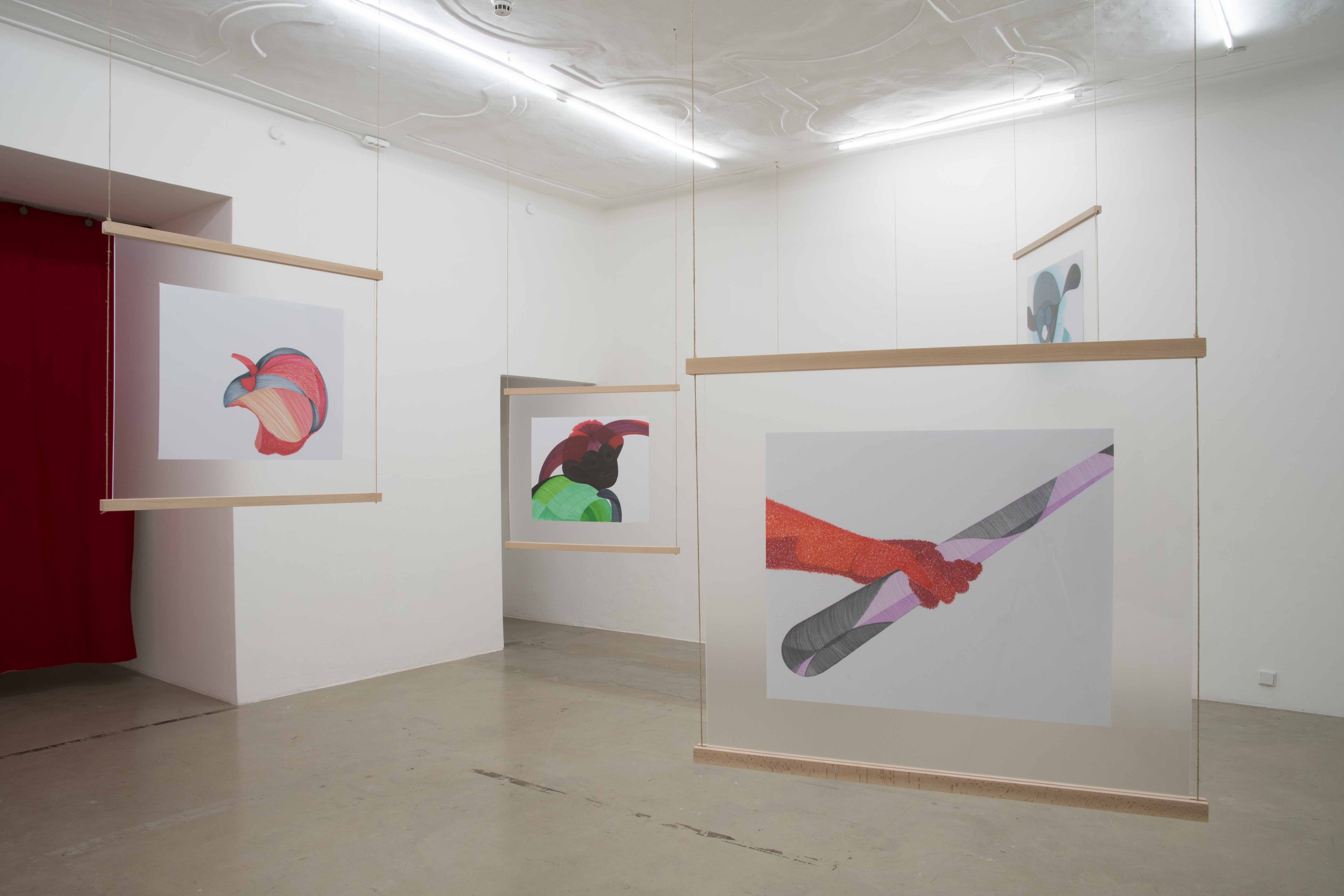 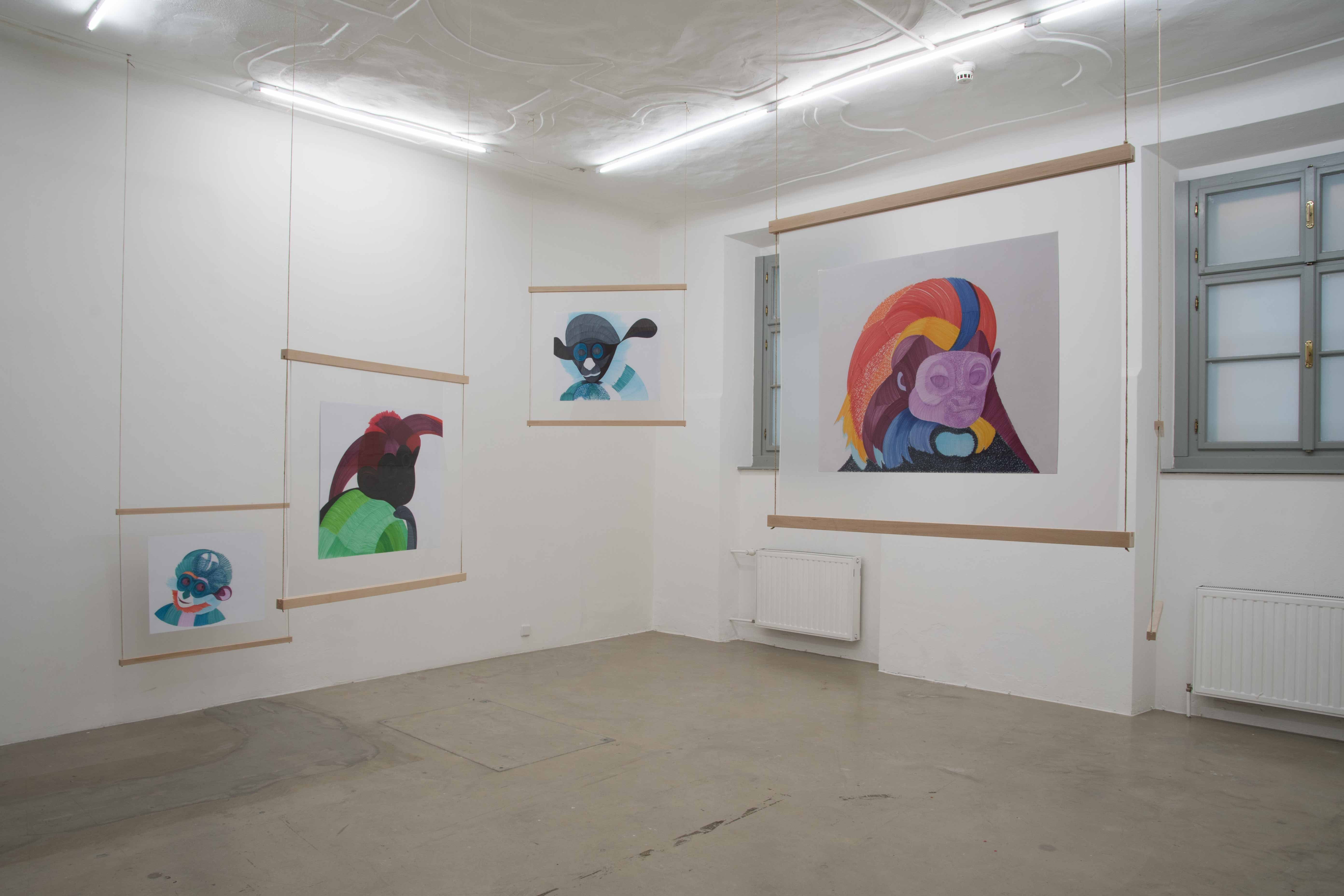 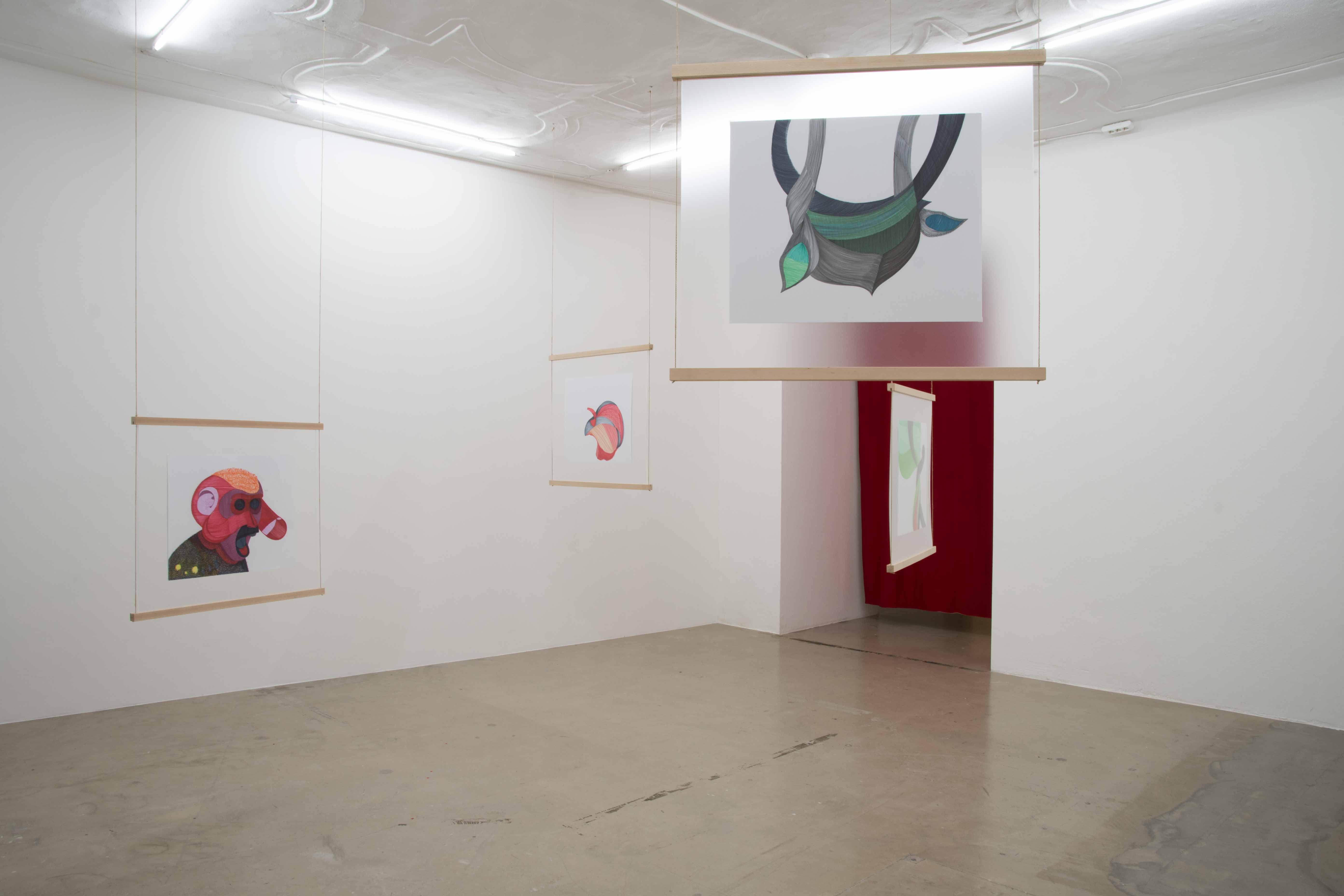